Turning and turning in the widening gyre
The falcon cannot hear the falconer;
Things fall apart; the centre cannot hold;
Mere anarchy is loosed upon the world,
The blood-dimmed tide is loosed, and everywhere
The ceremony of innocence is drowned;
The best lack all conviction, while the worst
Are full of passionate intensity.

Surely some revelation is at hand;
Surely the Second Coming is at hand.
The Second Coming! Hardly are those words out
When a vast image out of Spiritus Mundi
Troubles my sight: somewhere in sands of the desert
A shape with lion body and the head of a man,
A gaze blank and pitiless as the sun,
Is moving its slow thighs, while all about it
Reel shadows of the indignant desert birds.
The darkness drops again; but now I know
That twenty centuries of stony sleep
Were vexed to nightmare by a rocking cradle,
And what rough beast, its hour come round at last,
Slouches towards Bethlehem to be born? 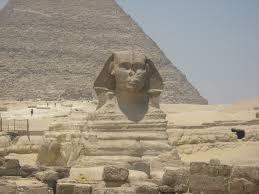 Does this even need  commentary? I’m guessing it expresses what many of us feel about the present state of the world.

(If you can't help thinking that 'the living dead' refers to us in this instance, well that thought has crossed my mind too.)

However, the poem has been considered difficult and ambiguous; and admittedly, while the general message is clear, some details are obscure. They are explained in this down-loadable pdf, which also says:

‘... for all its metaphorical complexity, “The Second Coming” actually has a relatively simple message: it basically predicts that time is up for humanity, and that civilization as we know it is about to be undone. Yeats wrote this poem right after World War I, a global catastrophe that killed millions of people. Perhaps it’s unsurprising, then, that the poem paints a bleak picture of humanity, suggesting that civilization’s sense of progress and order is only an illusion.’

Since its first publication, it has often been popular reading at times of upheaval and alarm (so the internet informs us, based on how frequently it has been quoted at such times).

That in itself is somewhat comforting. This is not the only period when the end of the world has appeared imminent – or at least of the world we know – and yet here we all still are.

I admit, this time looks like the worst. Hard to imagine we’ll ever recover, even if we (by which I mean our Governments) start taking action immediately. Well, we shall see – one way or another. And if we live long enough.

But that’s the thing, isn’t it? None of us will live forever. We can’t know what any future beyond our own lifetime may hold. People in the Middle Ages, as they died of The Black Death, must have thought the Apocalypse was upon them. Wikipedia describes it as ‘one of the most devastating pandemics in human history, resulting in the deaths of an estimated 75 to 200 million people in Eurasia, peaking in Europe from 1347 to 1351.’  And yet, it was eventually over – ironically, with the help (in England) of another huge disaster, the Great Fire of London, which must at that time have seemed like just another sign of Apocalypse; certainly not a rescue. Throughout history there have been many other wars, diseases and natural disasters which in their times must have seemed like the end of everything.

(No, I haven’t become a climate change denier; and anyone who has been reading my latest poems will know that living through recent events in Australia has convinced me of the immediacy and gravity of the global danger. Not that I needed convincing of anything except the fact it’s already upon us, and that was not exactly unexpected. I’m one of the many who have been screaming for decades about what was sure to come if we didn’t mend our ways, whilst Governments consistently refused to listen – and I’d much, much rather have been proved wrong.)

So yes, the situation is dire. This time it might well be the end – for humanity, and for the countless other species we have already ended, let alone those we are still wiping out. But we don’t know and can’t know how our planet will regenerate; in what other wonderful ways life may go on. At this point, we can say that it may not even be too late for us. We can’t go back next year to the way things were, nor the year after that, etc. (Sure, some trees may grow back, the koalas might be saved from total extinction – only to be devastated all over again by next summer’s fires, and the next and the next….)  But eventually, something will change. Either we’ll change it, or after our demise the planet will change itself.

Meanwhile, Yeats says it for us. We may use his words as catharsis, or take them as a warning to be heeded.

[If you think the ’rough beast’ has already emerged, in the form of some political leader or other, I probably wouldn’t disagree.] 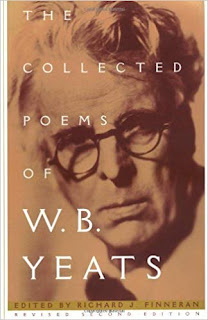 I doubt if Yeats's work has ever been out of print. You can find it at his Amazon page, and other places on the web.  He was an important poet in his day, addressing major issues of the time, working to promote Irish literature and re-tell some of its folk tales, and composing some of the most memorable love poetry ever written. He also wrote plays, stories, and a book on an esoteric system of his own and his wife's devising.

Wikipedia calls him ' one of the foremost figures of 20th-century literature' and adds, 'A pillar of the Irish literary establishment, he helped to found the Abbey Theatre, and in his later years served two terms as a Senator of the Irish Free State.'

He also had a lifelong interest in the occult, and was an early member of The Order of the Golden Dawn (along with people like A.E. Waite and Aleister Crowley, who, amongst other claims to fame, created the two most influential modern Tarot decks).

Above all, he was a beautiful poet: my favourite still, after many years.


Material shared in 'The Living Dead' is presented for study and review. Poems, photos and other writings and images remain the property of the copyright owners, where applicable (older poems may be out of copyright).  Both these images are in the Public Domain. The Sphinx picture is also licensed under Wikimedia Commons with no attribution required.
Posted by Rosemary Nissen-Wade at 12:30 AM