Offline, one of the writers’ groups I belong to is the LitChix – a small group of women who are basically poets but have been known to scribble some prose too.

At our latest meeting we got talking about Mary Oliver. It turned out that one of the LitChix had never encountered any of Oliver’s poetry. The others hastened to find examples on our devices, to recite to her. Of course it only took one poem for her to realise she could no longer live without reading every Mary Oliver poem she could find!

Meanwhile I’d submitted a piece for workshopping which was descriptive of nature – a piece which I thought had some possibilities yet was in the end, as it stood, a big ‘so what?’ My friends agreed with my assessment on both counts.

After we’d delved into Oliver for a while, one of the others asked me,

‘What would you say is the difference between your poem and Mary Oliver’s poetry?’

‘Well,’ I began, ‘my piece was written from memory, a  memory of something which took place a long time ago. Her poems stem from the immediate moment.’

One of the others pointed out that, whereas mine described a whole landscape, Oliver tends to concentrate on one particular piece of nature – such as that grasshopper she describes so exactly and uniquely in the poem, The Summer Day (from House of Light, 1990).

So it became clear to us that what Oliver does is focus. Very closely, very narrowly.

She tells us so, quite clearly, when she says (as our Magaly recently quoted to us):

Instructions for living a life:
Pay attention.
Be astonished.
Tell about it.

She also tends to come to some striking conclusions, which grow out of that specific focus – such as the lines just quoted.

We decided to try and emulate that approach – realising with some chagrin how seldom we really, really look at things, paying attention to every detail. Surely that is what writers do? You'd think. Yet we all seemed to have fallen into a habit of giving only hasty and shallow attention to the world around us, and without even noticing we'd done so. Shocking!

One of us had brought the hostess a sunflower. It stood on her table as we worked, in a graceful big jug of water. Our exercise was to focus closely on it, and write about it with that focus. 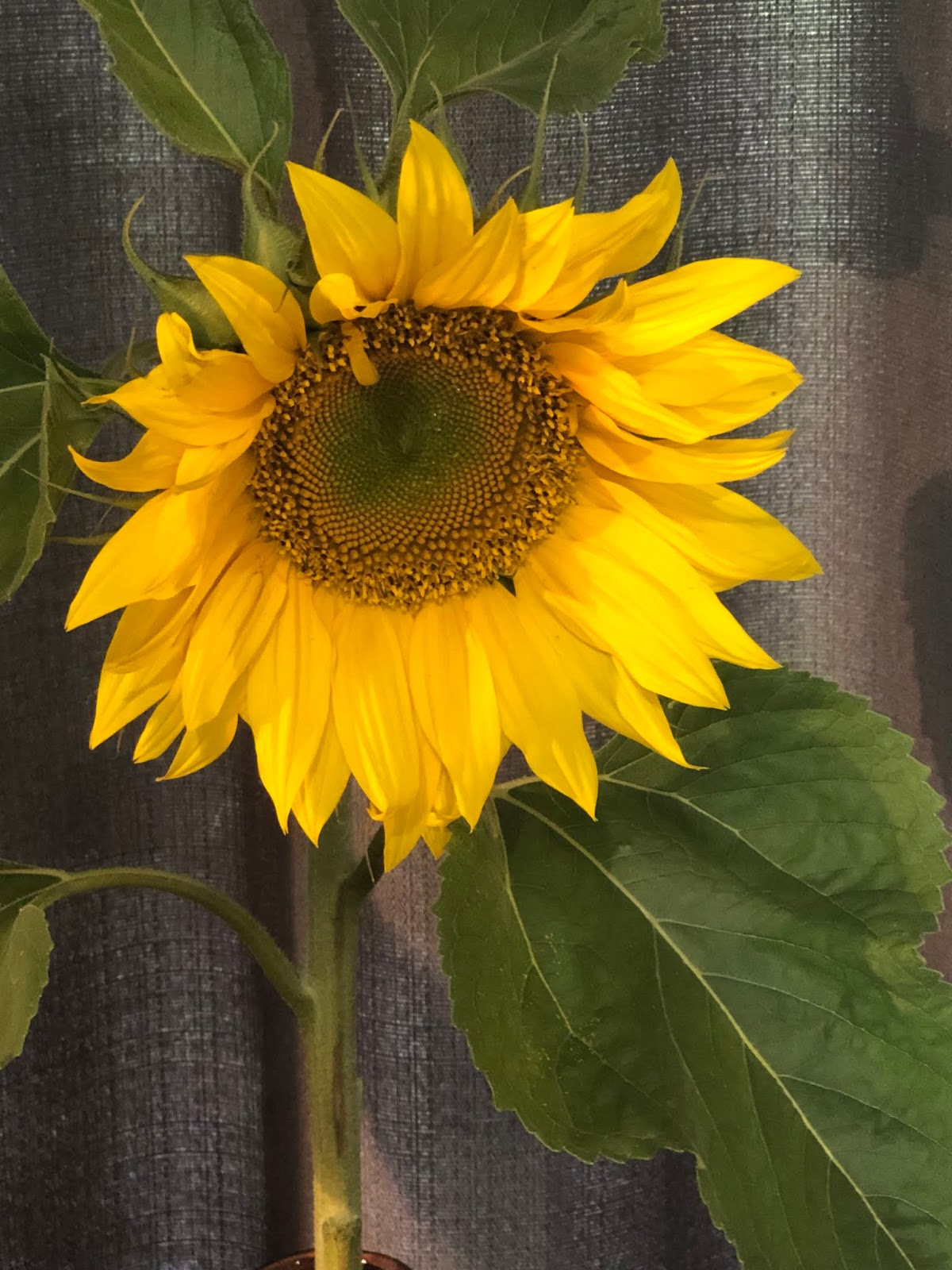 The results were fascinating. We came up with very different poems, reflecting our different selves and world views (for instance, I anthropomorphised like mad – and indeed, I do regard all living things as highly sentient) but what they had in common was detail and originality. They’re not very Mary Oliver-ish – but then, we weren’t seeking to be influenced by her words or style but her method.

I invite you to choose one object in nature, examine it closely, letting it inspire in you a sense of wonder, and then write your new poem or prose piece about it (prose to be 369 words maximum).

The point of our Weekly Scribblings is for you to be inspired to write something fresh and new – but if there's something very recent (within the last month by calendar date) that really fits the prompt, we'll accept that. Ditto for older pieces extensively rewritten (if possible, link to the original). Though in this case, as the exercise starts with looking at something closely in the immediate moment, brand-new is obviously the most fitting response of all.

Material shared here is presented for study and review. Poems, photos, and other writings and images remain the property of the copyright owners, usually the authors. (Older material may be out of copyright). The Sunflower photo is © Rosemary Nissen-Wade 2021.