Writers' Pantry #79: The Latest on the Shortest

I promised you some time ago that you wouldn’t entirely lose the Friday features you used to like, which we discontinued in that format. This post, I guess, is a cross between the old  ‘Moonlight Musings’ and ‘Roving the Web’, with a bit of ‘I Wish I’d Written This’. 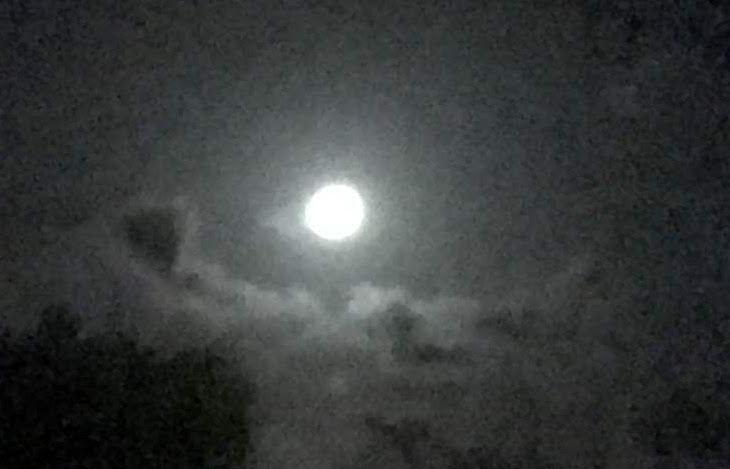 Whether you enjoyed or were challenged by Magaly’s invitation to micro-writing last Wednesday – or both (I was both!) – I guess we can all agree that haiku/senryu are the shortest of the lot. In modern practice, they don’t even have to be 17 syllables (whereas an American Sentence must).

As a post-script to Magaly’s prompt, I’ve been finding out all sorts of stuff while roving the web, which might interest you too.

I had been thinking of senryu as a kind of poor cousin to haiku. I understood that senryu are often humorous or satirical, or even downright rude, and are about people in particular, whereas classical haiku are supposed to be about (any other aspect of) Nature in general.

Then I started reading about Issa, one of the acknowledged great haiku masters, and re-reading his haiku too. He loved to write of human nature as much as other kinds. Indeed, his haiku on other parts of Nature often highlight or comment on aspects of human nature, by inference. He endeared himself to readers in his Japan, and to many of his current readers too, by his fellow-feeling with the common people rather than the rich and powerful.

Meanwhile I discovered two facebook sites which showed me that senryu have quite a following in their own right. One is the group Senryu Circle, described as ‘The Home of English Senryu! … a place that EXCLUSIVELY supports senryu … to provide senryu a space to continue and grow.’ Members can post senryu they admire, as well as their own.

The other is Failed Haiku, a page for an e-journal of the same name, subtitled, ‘a journal of English Senryu’, which has just published its 67th issue. 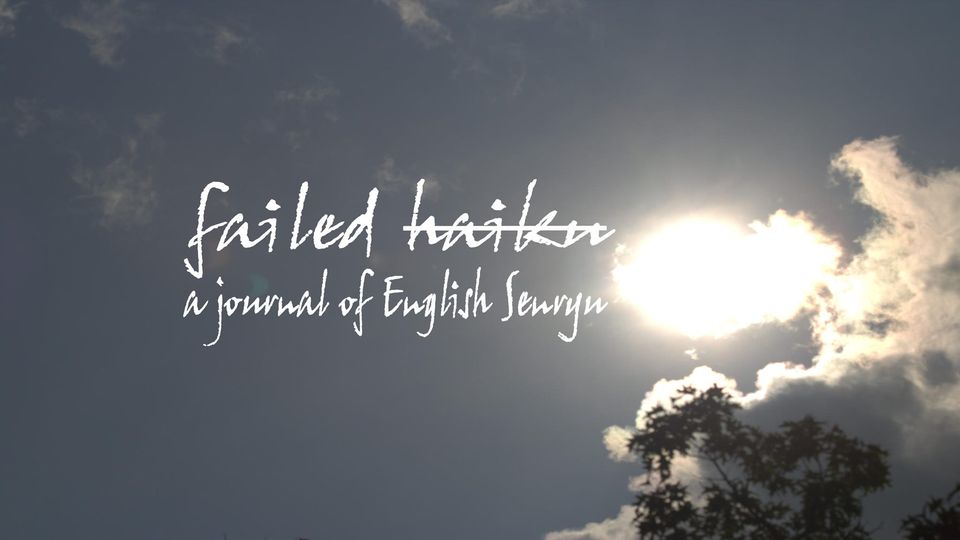 The fb page has news of the latest journal issues and so forth. The web site is an even more interesting read. One of the journal editors, Mike Rehling, says, on its About page:

Many years ago, at a haiku meeting, someone asked me what my definition of a senryu was, and I said: “It is just a failed haiku is all.” It was a flip answer, not particularly literary, but I have grown to like it for both its brevity and its lack of preciseness, both of which fit the spirit of senryu perfectly.

They may be failed haiku, but they are not bad haiku! (Even if they are senryu, lol.) Issue 67 includes these recent contest winners:

Second Prize
first cry . . .
I too am born
a mother
Agnes Eva Savich

In keeping with much current English practice, these don’t observe a 5/7/5 syllable count, but they do respect other qualities of haiku, such as the juxtaposition of two ideas, and the kigo (or turn in thought, here indicated by punctuation) even though the magazine editors do not insist on that feature. Above all, they leave space for readers to enter in with our own minds: that moment of surprise / realisation.

I also found, elsewhere, a link to a new collection of school children’s haiku. It was a sad example of the bad teaching of haiku which happens in too many schools! All of them were neatly 5/7/5, all of them stated the obvious, and none of them was the least bit poetic. It’s possible to write lovely haiku in English in 5/7/5 syllables. We have shining examples in this community, in the persons of Magical Mystery Teacher and Gillena, among others. (I still do it myself, now and then.) What I object to is kids being taught that that is the ONLY thing that makes a haiku.

(I won’t give you examples from that publication, however, nor name it. Public shaming only makes people – in this case kids – feel bad, and does nothing to improve matters.)

Let me close by regaling you with some favourite pieces from dear Issa. David Lanoue, the author of the book I’m reading about him, suggests that when Issa talks of such humble creatures as worms, insects, fish, he’s obliquely referring to people too, and that his overtly down-to-earth verses also refer to ‘Pure Land’ Buddhist teachings about the blessings open to all despite this world’s impermanence and corruption.

(This centred alignment is how they are written in the book, and Lanoue's translations ignore syllable count in English, in the interests of being faithful to the poet's meaning.)

a precious harp
a beggar's flute
deep in mist

in cherry blossom shade
no one
is a stranger

fish
unaware of the bucket...
a cool evening

locked in a staring contest
me...
and a frog

and one I think we can all relate to just now (maybe we said something like it around last Christmas):

end quickly!
this year, you've been
an evil one

Now, please regale me and each other with anything you like, old or new, short or long, poetry or prose. (But if prose, no longer than 369 words, please.)

I was so enthused by Magaly’s micro-writing prompt that I rushed to write in every form she suggested. Luckily I double-checked and realised I had to limit it to one only. Some of you, similarly enthusiastic, also wrote more than required and posted them too, so we stood you in the naughty corner (deleted your posts). But we’re all free to share those today, and I certainly will. I’m kinda hopeful of a plethora of micro-writings in this Pantry. But whatever you come up with, I know it will be a feast.

Pop the link to your post in Mister Linky below, one post per person, and don't forget to have a look at each other's and leave an encouraging comment if you can. We love it when you leave a comment here, too, if only to say G'day (or Hi, or whatever that is in your language).


Next Wednesday, Rommy will ask us to write poetry or prose using the word ‘waystation’ as inspiration.