Greetings, my dear poets and storytellers. I hope you are having a really good day. In my bit of the world, nature just gave us a couple of cool days after about a week of eyeball-melting temperatures. I’m grateful for the break, even if another heatwave is on the way.

Today, the United States of America is celebrating Independence Day. No, not the movie where Will Smith saves the world from aliens, but the day “The Continental Congress declared that the thirteen American colonies were no longer subject (and subordinate) to the monarch of Britain, King George III, and were now united, free, and independent states.”

Here are some quotes that explore feelings brewed by this day:

“Today, we’ll celebrate Independence Day using the backdrop of the sky as a canvas, the fireworks thrown against it bearing semblance to the drips from the hands of Jackson Pollock but we’ll forget that here, in America there are still some who are not free.”
~ Ayokunle Falomo

“We must be free not because we claim freedom, but because we practice it.”
~ William Faulkner

The Writers’ Pantry is open to all! Let’s share poetry or prose that is new or old, fiction or nonfiction, short or longish (if choosing prose, your word count should be 369 words or fewer). One link per participant, please. This prompt shall remain open for a week.

- for next Wednesday, our Rosemary will invite us to create poetry or prose using Rob Kistner’s phrase “Human arrogance is boiling over” as inspiration. We aren’t required to use the actual words. But if we do, we should credit them to Rob on a footnote.

Let us write, read, and share our thoughts freely. 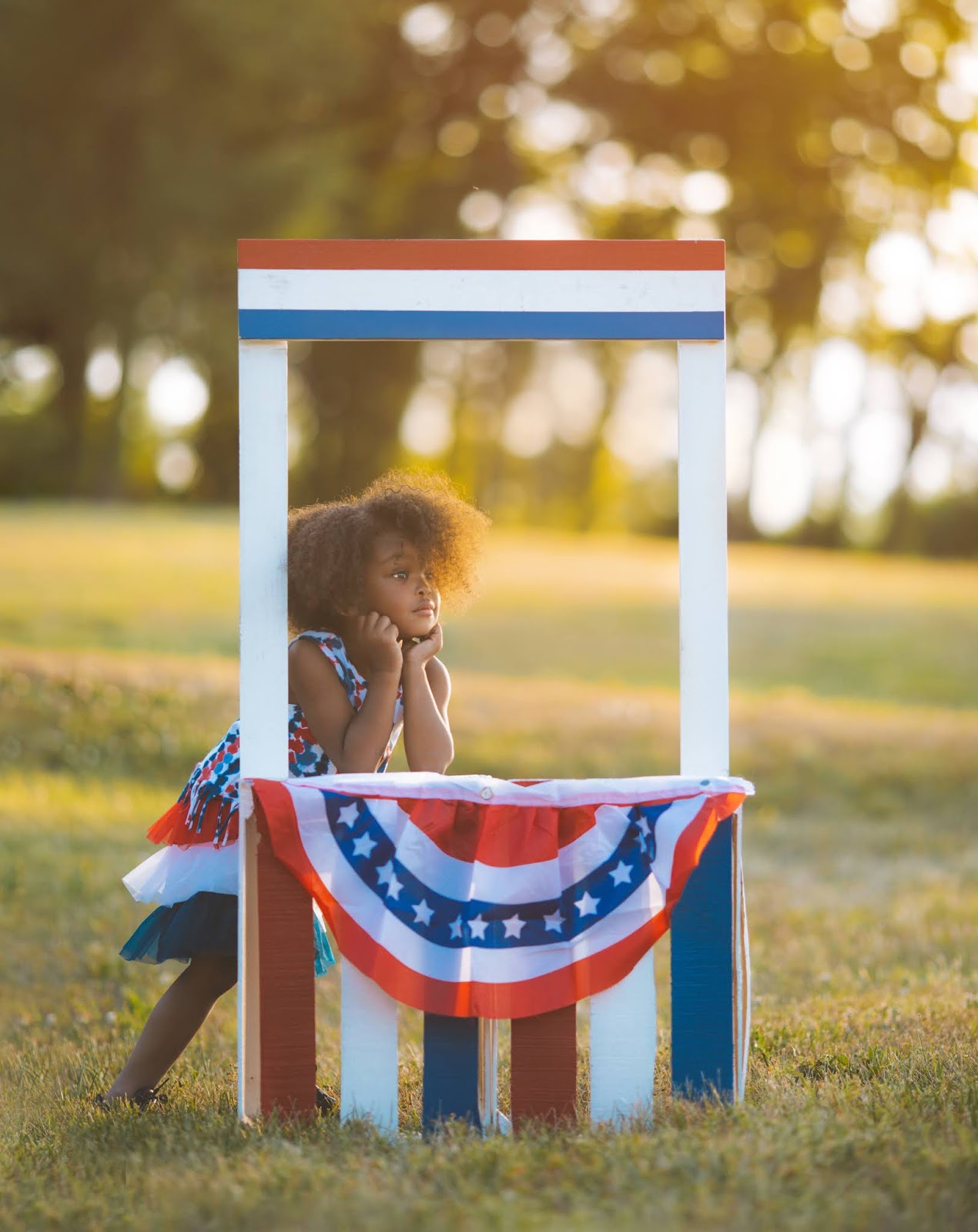 “A little girl gazing in the distance for the Fourth of July”, by Reba Spike – on Unsplash
Posted by Magaly Guerrero at 12:00 AM