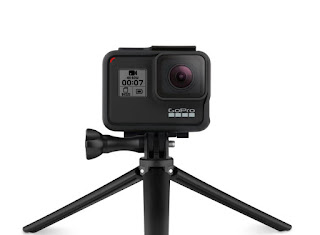 This particular roving wasn’t random, but guided. While I was staying a few days with my old friend Linda Stevenson, she introduced me to another friend of hers, Michael Mavracic. One of the things he does is make videos, and he had the idea of making one of Linda and me speaking our poetry. We arranged a time. Then I read her my latest, a sombre piece on the Australian fires. She generously said it deserved to be the sole subject of the video.

Because of the nature of the poem, she suggested, the visual should just be me reading it, no embellishment. On the day, Michael tried some other possibilities too, but the final decision was to go with what she, with her artist’s eye, had envisioned. So that happened: my grim old face in close-up somehow suiting the theme. I was reading from a text that was out of view. ’Should I have looked at the camera sometimes?’ I asked my son later, when I showed him. To my relief, he thought not. Already, in that one small project, I've had a taste of the variety of ways to go and decisions to make.

Yes, you may see it: here. But that was just the start of a discussion with Linda about the possibilities of videoing poetry. She lives in a capital city, and is friendly with poets who do that. I had no idea what a big thing it is these days. It’s such a big thing that there are now competitions in this art form. She explained that there are many different approaches. Some people make whole movies to illustrate a poem, or as background to the reading of it. Others blend just a few elements – e.g. the poem (of course), visuals and music. It works best, she feels, when the poem remains the primary focus. All this was fascinating to the country bumpkin I have become!

Some to look at

Linda showed me some examples online to illustrate her points. She mentioned the work of Australians Ian Gibbins and Brendan Bonsack. I've linked you to those sections of their extensive websites. Neither of them videos every poem they write, by any means. It seems to be a thing that suits shorter poems best. I was interested to see how Brendan in particular, as performance poet, singer-songwriter and photographer, uses a number of different approaches to videoing his work.

I, in turn, showed Linda the YouTube video of Nimbin (Australia) poet Christine Strelan, which I shared late last year in ‘I Wish I’d Written This’. She was enraptured – with the poem itself, and with the way all aspects of the video – the background images, directly related to the words, and the expressive voice – combine to bring it to life but don't overwhelm it: the poem is still the thing.

So then I went exploring, and found a different kind of video poetry at Moving Poems, subtitled 'the best poetry videos on the web'. Though again the approaches are very varied, overall these are more ambitious and experimental, with as much  emphasis on the filmic qualities as the text. Here, video poetry becomes a new art form in its own right.

This kind of thing is not altogether new. I think of the theatrical production of Ntozake Shange's For colored girls who have considered suicide / when the rainbow is enuf, a brilliant piece written to be a theatre perfomance (which I was lucky enough to see when it came to Melbourne) and later filmed – though it was also published as a book and works wonderfully as plain text too. (I haven't had time to check the many items to see at this link, but it looks as if you could access the movie.)

What is new (or newish, anyway; new to me) is the use of video, which is no doubt more readily available to more people now that we can all make videos on our phones. Creating a work of art takes a bit more than that, but still....

What's in it for you?

I thought all this might be of interest, not only for your viewing pleasure, although there is plenty of that to be had, but also for the possibilities which you too might like to consider for sharing your work. Perhaps you are already doing this? But probably not, or else I think I'd be more aware of it when visiting your blogs.

Obviously, we're writers. The words are what we love, and getting them to do as we desire can be challenge enough. Yet plenty of us like to illustrate our poems with photos or pieces of artwork; and some of us put our words on Soundcloud as well as supplying the written text. Video takes things just another step further.

Don't get me wrong; I still love to read the written word, on page or screen. That can happen with the visual medium too: some videos incorporate the written text. So there are many possibilities one might play with; hopefully not to eclipse but enhance the poems.

(Can you put videos on Instagram? Yes; Google gives instructions. But the maximum length is only 60 seconds! Never mind, there’s always YouTube.)

To be truthful, I probably won't be doing any more in the near future. But it might be different if I lived closer to someone with the requisite skills, or troubled to acquire them myself. Um, well, come to think of it, maybe I do know someone....


Image in Public Domain.
Posted by Rosemary Nissen-Wade at 12:00 AM