Hello again, dear wordsmiths. Let me introduce you to my facebook friend, Manu Kant, who lives in India.

I first met Manu when he started submitting to a haiku group I used to administer. He also uses other Japanese short forms such as sedoka and tanka.

He is an exponent of Realism, and over the years, I have become very impressed with the way his verses chronicle the society around him.

Wikipedia tells us that Realism in art (including literature) is ‘the attempt to represent subject matter truthfully, without artificiality.’ It tends to focus on ‘the depiction of ordinary, everyday subjects’ and ‘attempts to represent familiar things as they are’.

Here are some examples of Realism in photography, taken from Unsplash: 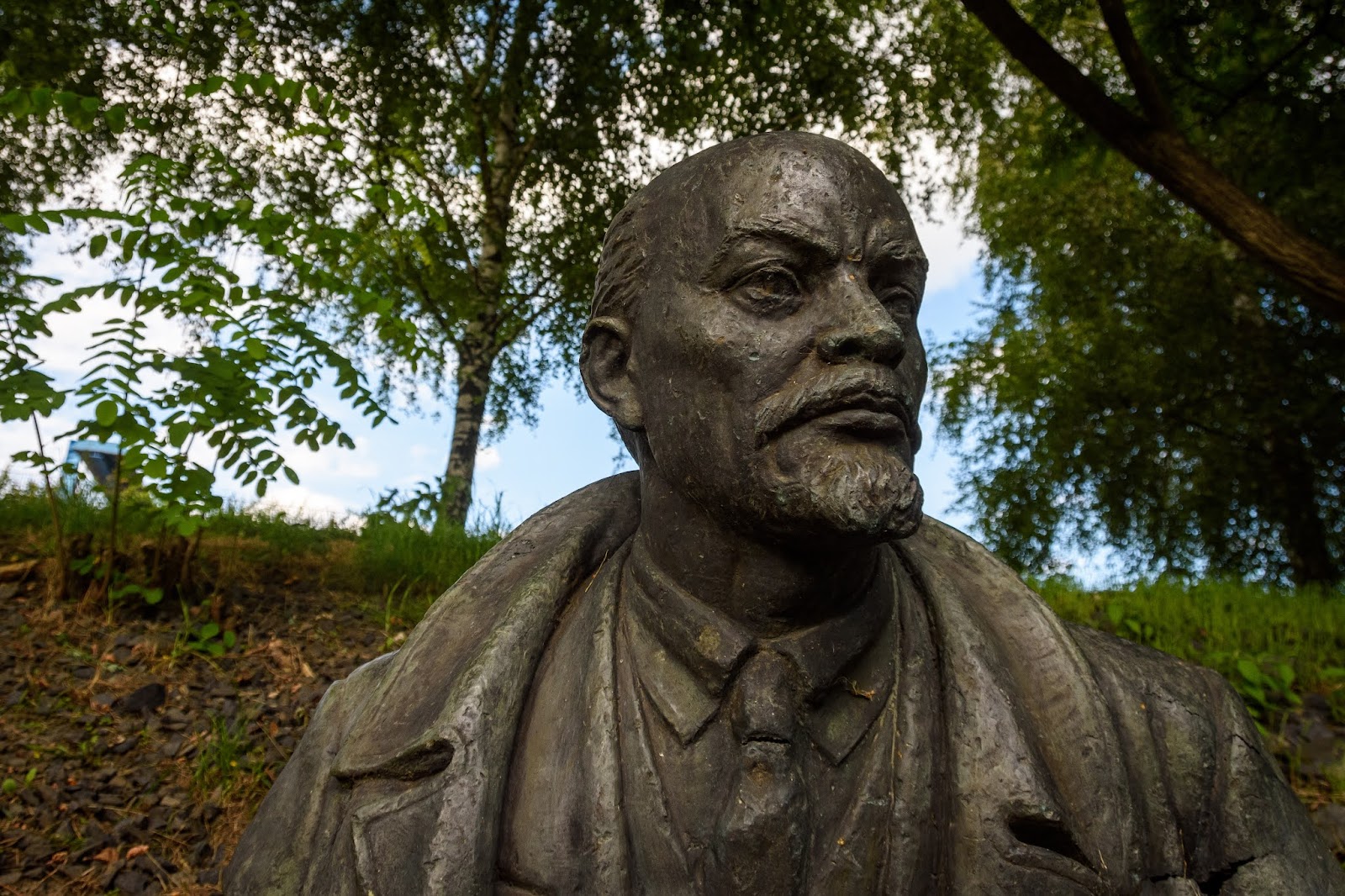 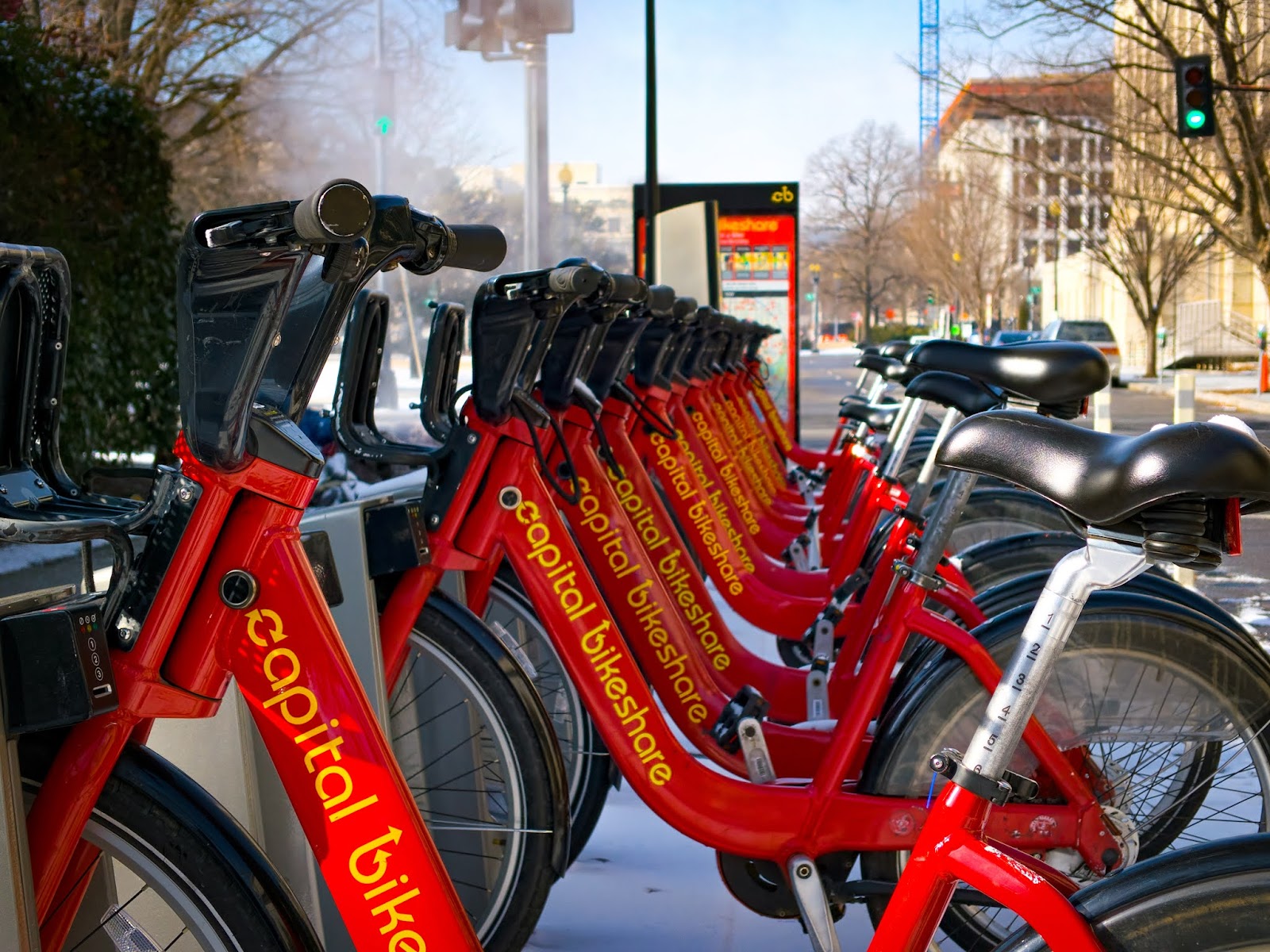 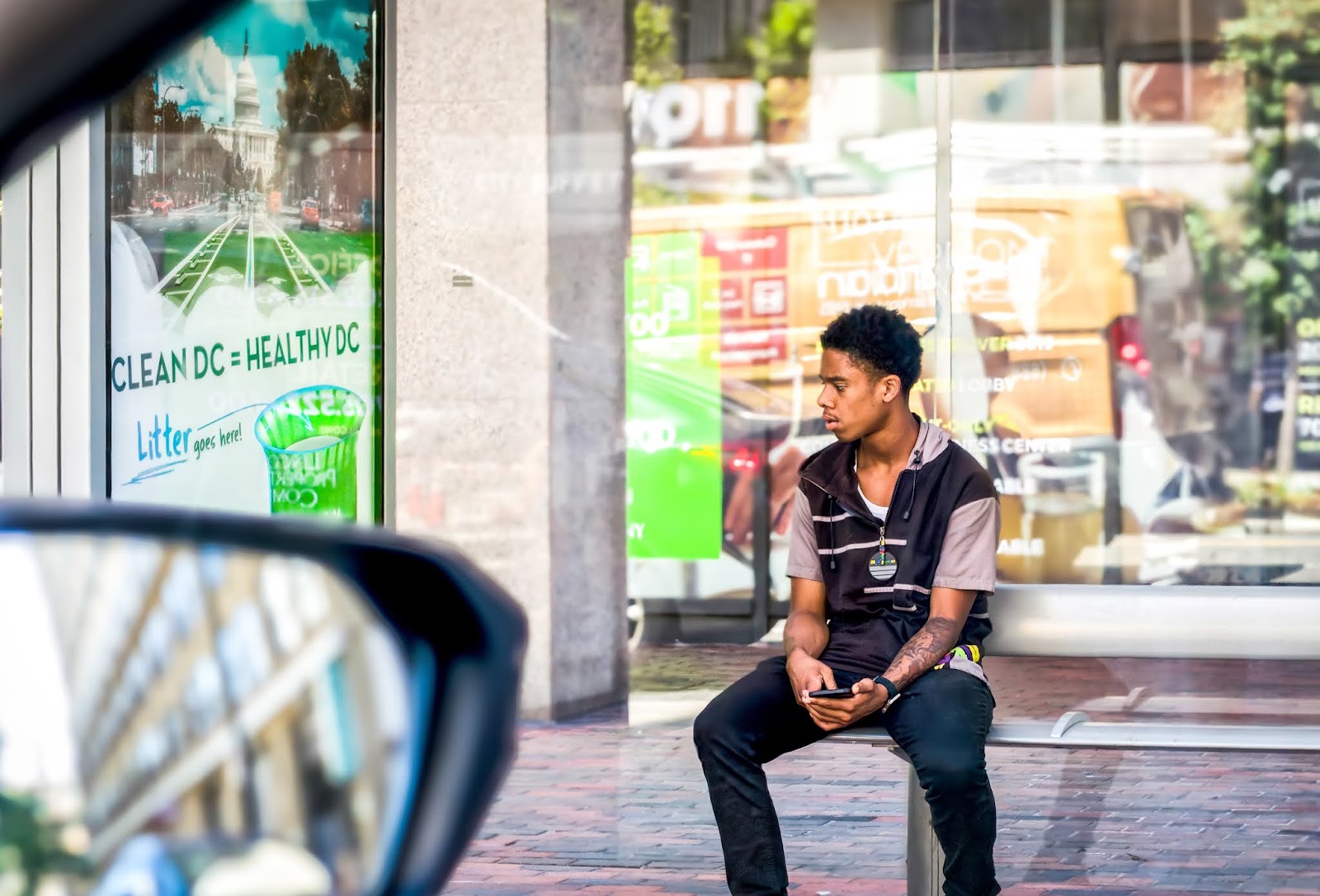 Lenin by Lian Begette; bikes and man in street by Obi Onyeador.

As you see, the art is not only in the subject matter, but how it is presented. Anyone can depict something as it is – but that is not the same as creating art, which must also take account of such matters as composition and focus.

I think, if nothing else, Manu’s poems add up to an important social document. However, the realist style could cause you to miss how excellent they are. They are not only a social record but also a body of poetry.

As a  Realist, he focuses on observable details and adds no other commentary. It would therefore be very easy to dismiss his writings, or to consider them lacking in poetic qualities. In fact he tells me his work is not at all appreciated in India but only in the West. Perhaps that is because his Indian readers already know the environment he writes of, and therefore might possibly take it for granted?

Below is a selection of Manu Kant’s poetry (separate pieces, not a sequence) to give you the idea.

It would be easy enough for a Western reader to underestimate this writing too. But have a look at what details he selects to focus on. Further commentary is not needed because the mere mention of those details reveals so much. It’s a matter of knowing what to show, and how to show it. The apparent lack of artistry is actually extremely artful – and artistic. It’s the ‘art that conceals art’.

And then have a look at the unsaid: that which doesn’t actually get onto the page, but nevertheless is there to be inferred.

As you see, some of these record the slightly unusual, but others – the slum kids, the coconut vendor – detail the everyday.

Another chronicler of reality, in his own style, is second-generation Greek-Australian poet Pi O, one of whose books, Fitzroy: the biography, is about the Melbourne suburb where he was brought up and still lives. (Melbourne is reputed to have the biggest Greek population outside Greece.) He too is carefully recording his social environment, in the conviction that this is not only worth doing but vital. Here is a poem from the book: 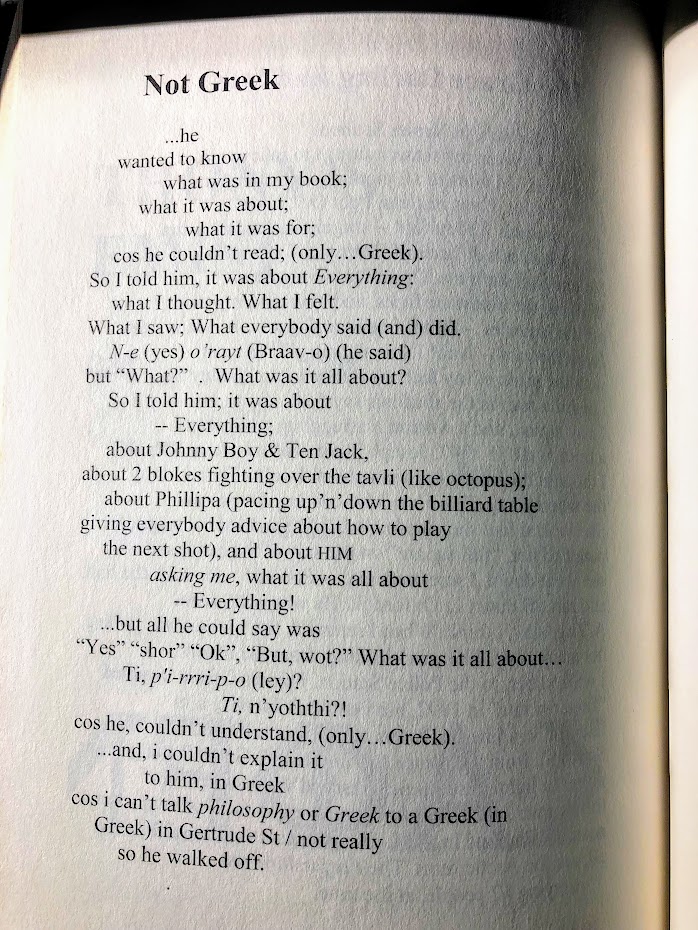 You'll note that Pi O brings himself into this poem, in a way that doesn't disrupt the realism. Also he is recording patterns of speech which are part of the character of this suburb. He is still describing what is so – a very particular instance of what is so – and allowing us to draw our own inferences, just as Manu does in his way.

Today I invite you to write something – anything – from a realist perspective. I’m not demanding that you regale me with haiku or other Japanese forms – though you can if you wish.  It can be any sort of poetry, or it may be in prose. If it’s prose, please restrict it to 369 words, max (excluding title). See if you can describe something realistically, in a way that indicates more than what is actually said.

When you’ve finished, please link your ONE, NEW entry in the `Mister Linky’ below. Newish pieces (written within the last month) which happen to fit the prompt are acceptable too. So are older ones which you have extensively rewritten for this purpose. (If you can show us the original too, even better.)

The prompt will stay open all week, because we don’t want to rush you. But if you link late, you might not get many readers because they won’t know you’re there. In that case, feel free to link to the same piece again on a Sunday, when we accept whatever you wish to share.

Material shared here is presented for study and review. Poems, photos, and other writings and images remain the property of the copyright owners, usually the authors. (Older material may be out of copyright).