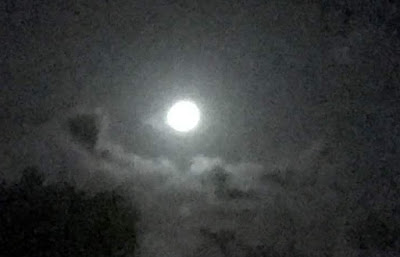 Poems and Stories of Domestic Violence 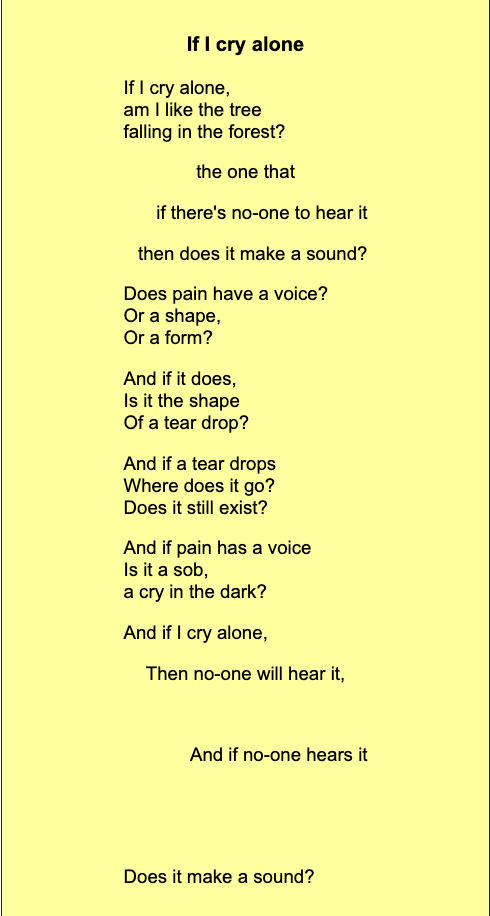 These anonymous poems came from a site called Hidden Hurt: Domestic Abuse Information. They were sent in by women who have experienced such violence.

I chose to address that issue today because it's been highly visible on Instagram this week – women posting black-and-white selfies, accompanied by the words, 'Challenge accepted!'

Here is our Sanaa's Instagram photo for this purpose: 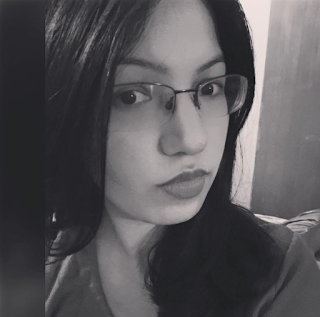 As well as 'Challenge accepted!' she says:

Standing in solidarity with Turkish women! For more information please Google "Femicide on the rise in Turkey."

So I did, and here is the link.

In brief, the report says the numbers of Turkish women killed by men who supposedly love them has risen – and the protests sparked by the most recent case have met with police violence.

The challenge apparently began with photos of some of the women killed and the slogan, 'Say no to violence against women,' and women were posting pictures of their own faces in solidarity with the Turkish women's protest, as Sanaa has done. Like a 'Chinese whisper' the message became diluted into one about women empowering women, a worthy aim but not quite the same. Sanaa and others have been pointing out the original intent.

It's one of the many issues of our time which urgently needs addressing. The poems I found are not by Turkish women, but sadly it is of course happening everywhere, and in much the same way.

As I said, the site these poems came from is primarily an information site for those who need it, but it seems to me it also does a service in providing a platform for women to express their feelings and detail their experiences. There are also many very affecting personal stories. And there is a notice that 'Domestic Violence – Prose' will be coming in the near future. Presumably that means fictional stories. A section on Healing from Abuse will also be coming.

I picked poems I thought shining examples in poetic as well as emotional terms. Some others could be dismissed as doggerel – but I wouldn't call them that. Their genuine eloquence makes up for any clumsiness of technique due to inexperience in writing poetry. I think it doesn't matter anyway in this instance. If these women want to continue making poems, they'll improve (poetically) in the doing, as we all do.

Even more important is that these writers have found this way to release their own hurt. (Something we in this community know very well, as we turn to our wordcraft to help us through whatever trials and traumas may come.) Not only that, they are providing a voice for others, and a way to show the other visitors to the site that they are not alone.

I've sometimes raised the question here as to what use is our writing, in terms of what does it do for the world at large. I don't recall that I've ever discussed what it does for us. Perhaps this never occurred to me as necessary; I'm sure I took it for granted that we all knew already. I am not the only one here who frequently notes publicly how lucky we are in times of trouble to have our writing to sustain us. But after all it's worth pausing a moment to reflect on this.

It has been found that people who are institutionalised (prisoners, long-term hospital patients ... ) seem to turn naturally to poetry as an outlet. I'm quoting this fact from memory and don't have statistics, but once upon a time I used to conduct poetry workshops in prisons, so I have reason to believe it. Many such poems have been published in books, and are often excellent as well as moving.

The personal stories already posted at Hidden Hurt are even more heart-rending, and in general very well written. Perhaps they were edited by site staff; I don't know. Very likely it is that, without the writers trying to conform to verse patterns, their authenticity is clearer – and authenticity is a good basis for any writing. You can read these stories for yourselves at the link, and probably everyone should – if you can bear to; they really are horrifying, albeit told without drama. (No need to sensationalise facts like these.)

In my offline life I mentor a group of women writers who have been through various kinds of major trauma, including this kind. The group is a subset of Village of Women, under the auspices of one of the local Neighbourhood Centres. Some of their stories and poems have been published. Several are on the VOW website (which exists to show other women in the community the possibilities available through that Neighbourhood Centre) under the heading Her Story, where you can read them. Please note, these are stories not only of trauma but of triumph. The women began by recounting the terrible things they had been through, which was therapeutic, and then moved to using their writing to document their new life narratives. Here is one brief tale – and yes the name is a pseudonym. These women could still be in serious danger if they were able to be found by former partners.

After 50 years of marital abuse, I was meeting a friend for lunch when I had a meltdown. Ordered by this strong-willed friend, I landed in hospital.

Lying there the first night, I knew that I couldn’t back down this time and slink back to the house (it had never been a home), to numbing abuse and – as I’d thought a few days before – "just sit in this house for the next 20 years until it’s time to die".

A moment of clarity came during the night. "I’m never going back to that house!" Not a panic attack, just a great sigh and my body softening in relief.

An amazing chain of events led me to Pottsville…everything moulding and fitting together like a beautiful jigsaw.

I came to the Neighbourhood Centre to put in a Centrelink form…too exhausting to drive to Tweed*…then picked up a leaflet about VoW. "See Cath," it said.

Cath walked in the door, we sat and chatted a little, and she invited me to join the Writers’ Group which was starting in five minutes. Another few pieces fitted together.

I learnt not just about the support and acceptance in this group, but about the other activities this remarkable bunch of women do. I am being gently encouraged to participate too. There’s a feeling of belonging.

I was looking at a blouse label and I thought it said WOSH…yes, I thought, I can now live maybe 30 plus years in WOSH…"With Out Shit Happening". Thank God for the Village of Women.

*The nearest actual city, with a Centrelink office rather than branch.  (Centrelink is where one registers for unemployment benefits.)

(Claire also writes the most beautiful nature poetry and takes wonderful photos of the natural world.)


Material shared here is presented for study and review. Poems, photos, and other writings and images remain the property of the copyright owners, usually the authors.